Why Mangalore is Called the Ice Cream Town

Mangalore is a small city off the western coast of India. The town has had an illustrious history that has several important developments. Close to the town lies Sultan Battery, an establishment erected by Tipu Sultan to ward off the threats of the British ships. This is a testimony to the importance of the place. Today, the city is more of an economic hub for the region, housing several industries and agro based processing centers. Mangalore is a hub of tourism. The famous beaches of nearby coastal areas such as Gokarna still preserve the idyllic beauty. 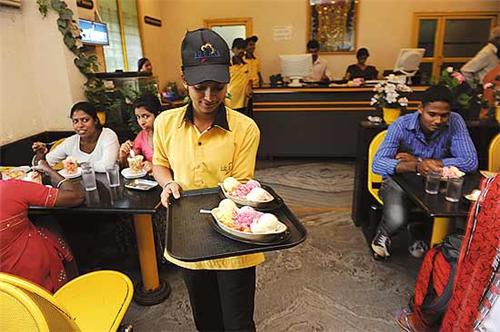 (image courtesy - Outlook India)
An important identity of Mangalore is its dairy industry. The nearby districts have some of India’s most productive dairy initiatives and this has led to the development of a large number of related industries. Ice Cream is a major result of this. Of course, this does not say that ice cream was invented in Mangalore. But the city was to a large extent instrumental in popularizing the dessert to the rest of India. Besides the world famous Chicken Ghee Roast, it is its ice creams that put Mangalore on the food map of India.

Many in India believe that Mangalore is the “Ice Cream town of India”. This tag is yet to be contested by any other city. Mangalore is the birth place of several brands of ice creams. It is not just the number of brands that are based in Mangalore that serves to underline the importance of the city as an ice cream destination. The list of exquisite flavors that originated from Mangalore have been imitated and duplicated across the world. The idea of using several spices and condiments in ice cream originated in the city as well. The people of Mangalore love delicious ice creams. These form part of desserts after a whole hearted meal. 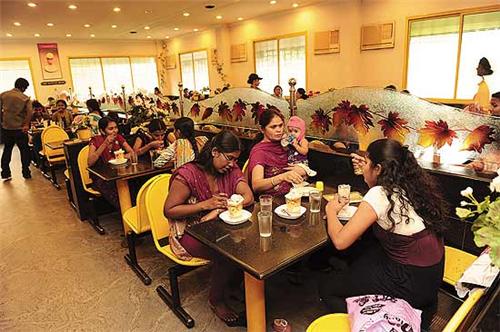 (image courtesy - Outlook India)
The annual revenue of this industry well exceeds $100 million in Mangalore itself. Such a vast operation ensures a lot of employment. The ice cream corporations of Mangalore have been responsible for employing people throughout India. Besides, these pour in a lot of money to the exchequer in the form of taxes. The benefactors of the industry cross cut the divisions of income and religion.

Today, globalization has taken over the ice business of Mangalore as well. To keep up with the changing times and sustain their position as the trend setter in the world of ice creams, the brands of the city have tried to innovate. The streets of the city are full of parlors and kiosks that serve the most delicious ice creams in India. One such outlet of Ideal Ice Cream boasts of the largest ice cream parlor in India. The brand is not alone as several other brands such Hangyo and Naturals. As the mall culture has spread throughout India, it is not surprising to find ice cream brands percolating into their eateries.

Explore more about Food in Mangalore