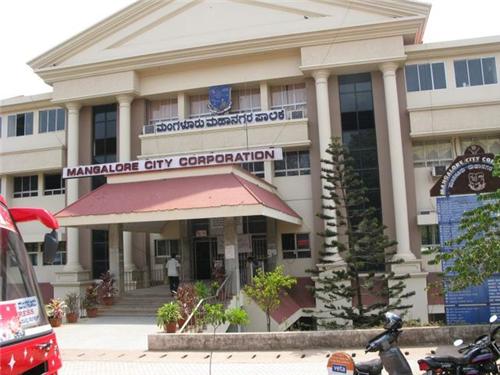 Dakshina Kannada Police bears the responsibility of maintaining law and order in the city of Mangalore. Commissioner of Police heads the Dakshina Kannada Police Department. Mangalore also serves as the headquarters of the Western Range Police that covers the districts located towards the west of Karnataka. The Western range Police is administered by Inspector General of Police.

The deliberations and the functions pertaining to the municipality were all conducted in the office of the collector until 22nd February 1909. Thereafter office of the municipal was transferred to its very own building. The council started functioning initially with just seven members who also held the position of district officers. Most of the members of the municipal council were Europeans. Administrative officer also served as the Vice-President of the council. The municipality income was around Rs.15000. The area and the population of the entire town in 1866 were 28000 and one square mile. In 1868, a dispensary came into being for the first time at the location of the Lady Goschen Hospital.

A large number of welfare activities were facilitated due to the legislation that took place under Madras Presidency and the local administration was empowered because of this. The municipal council of Mangalore became city municipality by the Mysore Municipalities Act of 1964 that replaced the Madras District Municipalities Act of 1920. There were ample number of opportunities included in this act in order to bring about an increase in the income of the municipality and at the same time to ensure that some obligatory functions are carried out in the proper manner.


Other Utilities and Services in Mangalore

The power supply of Mangalore is handled by Karnataka Power Transmission Corporation Limited that is KPTCL and it is distributed through Mangalore Electiricity Supply Company that is MESCOM. Mangalore experiences unscheduled and scheduled power cuts that are very frequent during the summer season because of excess demands in consumption of power. The most important industries of Mangalore namely Mangalore Chemicals and Fertilizers or MCF and Mangalore Refinery and Petrochemicals or MRPL possess power plants that are operated by the companies and do not require the power supply from Mangalore Electiricity Supply Company. 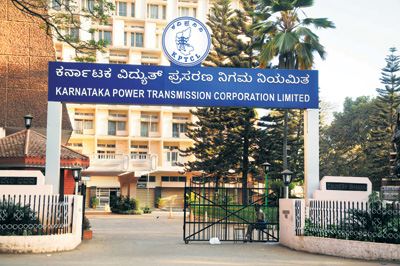 Potable water in Mangalore is supplied through Mangalore City Corporation. Water is Mangalore comes from the dam that has been constructed across Netravati River located at Thambe which is a place that lies at a distance of 14 kilometers from Mangalore. The Karnataka Urban Development and Coastal Environment Management Project or KUDCEMP are aimed towards improvising the supply systems of safe water and also to bring about a reduction in the losses and leakages that are found within the water distribution system followed in Mangalore.

Vamanjoor serves as the official ground for dumping garbage in Mangalore. 175 tons of waste is generated per day in Mangalore and this waste is responsibly handled and taken care of by the Health Department of Mangalore City Corporation. Mangalore City Corporation has also developed and maintained many public parks like Kadri Park located at Kadri, Pilkula Nisargadhama, Gandhi Park situated at Gandhinagar, Corporation bank Park located at a place called Nehru Maidan and the Tagore Park placed at the Lighthouse Hill.

Fixed Line Telecom facilities are offered in Mangalore beside the Code Division Multiple Access and GSM mobile services. Mangalore serves as the headquarters of Dakshina Kannada Telecom District which is second largest district of telecom in the state of Karnataka. DataOne by BSNL, Airtel and Tata are the prominent service providers of Broadband Internet in Mangalore.

All in all, it can be said that the Utility and Services that are found in Mangalore are always up to the mark and the Mangalore City Corporation gives no scopes of complaints to its local people and also to the tourists who visit Mangalore.