Ullal is a small seaside town that is found in the city municipality of Mangalore taluk which is part of Dakshina Kannada district. Ullal is the oldest town in India and in the 15th century the town came under the rule of Portuguese. Even today one can see the remains of glorious history in the beaches as well as other parts of the Ullal town. The main occupation of the villagers is fishing 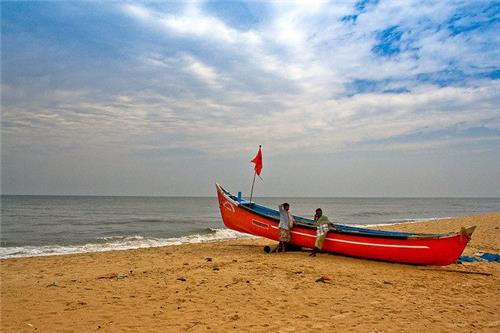 Ullal is a small town that is situated some 10 Km south of the Mangalore city and in the borders of two southern states of India namely Kerala and Karnataka. The Ullal town comes with two villages that earn revenue namely Ullal as well as Parmannur in Mangalore. Most of the people belong to Mogaveera or Beary ethnic group. Ullal is a calm and peaceful place but of late it has become quite notorious for communal riots during the last few years.

The Ullal town is also quiet famous for the tourist spots such as Someshwara temple, queen Abbaka’s fort at Ranipura, summer sands beach, Sayyad Madani Dargah, fish meal and oil plant, etc. During the late 1990s and at the beginning of this millennium, the Ullal beach was victim of sea erosion. The local authorities placed sand bags along the coastline to reduce the sea erosion. However, the result of the same is unknown. Rani Abakka’s fort is situated in the vicinity of Someshwara Temple. The town is also the main trading centre for fish as well as fish manure. Apart from fishing, beedi rolling is also important occupation of the people of Ullal.

The place has many cathedrals as well as churches that were built in 16th century that adorns the landscape. Ullal beach is the major tourist attraction due to its calm and serene beaches. The beach also comes with clean and neat sea shore as well as soothing beauty. The cool breeze and long golden sands further adds to the beauty of the sea shore. The tourists can engage in several activities in the beach such as swimming, sunbathing, water sports or they can also go for a walk along the coastline. The local cuisine will treat your taste buds and come with options of vegetarian and non vegetarian food. As this area is quite popular for seafood which makes non vegetarian delicacies a must try.

The ideal time to visit the beach is during October to February. The tourists will find many cottages, beach resorts and restaurants right in the vicinity of the beach and it is always ideal to book it in advance as it is quiet difficult to find the right rooms.

How to reach Ullal Beach, Mangalore

By Road: Mangalore is well connected by road to major cities such as Mumbai and Bangalore. Three of the national highways like NH13, NH17 and NH48 pass through the city. From Mangalore, you can either hire a cab or take a bus to reach to Ullal town.

By Railway Station: Nearest Railway station is Mangalore station and from there one can take the car or taxi or buses to reach the Ullal town. Ullal is some 13 kilometres away from the Mangalore station.

By Air: The Mangalore airport is the nearest airport which lies 30 Km away from the Ullal beach. From the airport one can take the taxi or hire cars or travel by public transport.