Real estate serves to be an important factor behind the economic growth of any state or city. It procures a very basic need of people for shelter and in order to fulfill this need it harnesses or uses land which is considered to be one among the four aspects of production. Real estate also involves the use of big money as land at present is very similar to gold, it bears eternal value and it is only a thriving economy that boosts the prices of real estate which is not less beneficial than any other business. 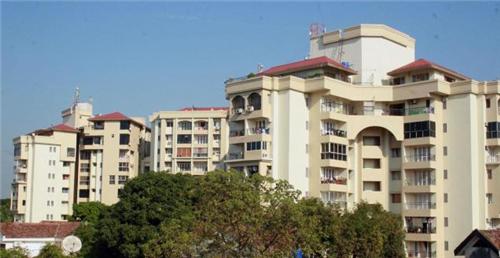 The real estate scenario in Mangalore in on a high tide in the recent times
Mangalore is a city that is located at a distance of 357 kilometers from the city of Bangalore and it is being expected that the city of Mangalore will soon be growing into a major destination for information techno.ogy companies. According to various researches that have been carried out recently, the prices of real estate of Hyderabad, Chennai and Bangalore has reaches saturation point and it is only because of this reason that Mangalore has turned into the next focus for the establishment of information technology companies with its location in the extreme vicinity. It is only because of this fact that the real estate industry of Mangalore has grown in leaps and bounds.

Factors behind the boom of Real estate Industry in Mangalore

A noteworthy point here is that Infosys, an IT enabled service provider has already affirmed the commercial prospective of Mangalore. Besides, several other companies including Wipro have also affirmed the launch their offices in the city of Mangalore. Oil and Natural Gas Corporation has also been found deciding over the fact of establishing a refinery and petrochemical plant with 15 million tonnes of capacity in Mangalore. The decision that has been taken by these companies about establishing their offices in the city of Mangalore has greatly impacted the real estate market of Mangalore.

Additionally, in order to bring about great changes in the real estate market of Mangalore, three IT Parks have been developed at Ganjjimutt, Thumbe and one close to the Mangalore University. It is also noteworthy that the price of the real estate in Mangalore is steady inspite of the good response that is being received by the most prestigious companies in the world.

Mangalore is a city that has also started gaining importance in reality market on a national level. Mangalore is found following the guidelines and the footstep of large metro cities like Chennai and Bangalore. The major contribution to this growth of Mangalore has come from connectivity by means of well connected sea, air and roads. The demand in the reality sector of Mangalore has increased incredibly and it is being estimated that this demand would help in pushing the value of real estate in Mangalore to a great extent.

At present, it would be very incorrect to say that the population of Mangalore is found moving to quieter and distant suburbs that are found to be away from the hustle and bustle of the city. Every nook and corner of the city of Mangalore is found to be self-sustainable with modern infrastructures like hospitals, schools, restaurants, supermarkets and medical stores. With this great revolution taking place in the trend of the people living in Mangalore, prices of land have augmented by more than 100% in certain popular locations like Thokottu, Kuloor, Kulshekara and Kallappu.

This has further led to an increase in the prices of various apartments located in these areas by more than Rs.1000 per square feet since the last one year. The main reasons behind these startling changes that have taken place in the prices of land are educational institutions, information technology and booming industries on which lies the entire strength of the city of Mangalore. It is only due to localization that a number of residential areas in the city have now turned out and they have transformed into prime locations of the city.

Mangalore at present has transformed into a city that can cater to various demands of Metropolitan lifestyle as it possesses all the major features of Metropolitan cities in the form of Multi Cuisine Restaurants, International Brands of Gym, Food Courts, Shopping Malls, Start Hotels, Multiplexes, Sports Clubs and Golf Course. The real estate sector of Mangalore has not only nurtured the expansion of developers and builders but at the same time it has also attracted some of the most famous realty giants into the city. At present, it is being found that the landscape of Mangalore has completely changed due to the development of companies that cater to the demands of the housing sector and even for the well being and the betterment of people living in Mangalore. The increase that has been noticed in the growth of buildings accompanied with modern facilities and even the introduction of shopping malls has led to great changes in the lifestyle of the people living in Mangalore.

Real estate - An investment in Mangalore

At present, real estate business in Mangalore is thriving with major investments being made in some of the most important industries of Mangalore. Famous IT giants and top investors are targeting Mangalore in the form of their business hub which has led to the fast paced development of the city. The renovation of the roads, railways and the airport has also contributed to the development of the real estate market of Mangalore. Mangalore is now a hot choice for people who have a strong desire of investing in properties. There are a lot of commercial and residential projects that have started up in the city leading to the development of Mangalore and at the same time infrastructural development and concretization of conveyance systems has further led to the growth of construction industry in Mangalore.

The construction industry of Mangalore is experiencing a great leap in the form of commercial complexes, multiplexes, malls and residential apartments. At present, the count of number of tiled roof structures in Mangalore is zero and at the same time it is also found that the old buildings of Mangalore are being renovated by the help of concrete structures in order to give them an Mangalore a completely new look.

The total mall space in possessed by Mangalore at present is five lakh square feet which is estimated to reach fifteen lakh square feet in the period of next three years. There are three large malls located in Mangalore and three other malls are in different phases of construction. The largest mall of Mangalore is The City Center Mall located at KS Rao Road and it is promoted by Mohitsham Complexes. Plama Mall is another big mall that is proposed to be located at a place called Bikarnakatta and it is being promoted by the Plasma Developers Limited and the total area covered by this mall is around fifteen lakh square feet.

The emerging trends of Real estate industry in Mangalore

The real estate in Mangalore is said to emerge on its very own in the 90s. Large real estate companies such as Mohitsham Complexes, Mahabaleshwara Builders and Janatha Construction Company have sprung up recently during the last decade and they have proposed grandiose projects inspiring a lot of real estate marketers to get involved in the real estate industry of Mangalore. The main purchasers of land in Mangalore are affluent people such as business communities, software engineers and NRIs.

The cheapest apartment is Mangalore costs around Rs.30 lakh and this is the reason why common people do not even think of having a house of their own in Mangalore. The builders in the city cannot be blamed for this because of the soaring prices of land in the city apart from the costs of several materials needed for construction and taxation. Commercial projects in Mangalore are also considered to be risky and this is the reason why the purchasers of commercial land are very few.

In the last decade the real estate market of Mangalore has matured and developed on a wide scale which serves to be very good news for consumers. It is also being hoped that the problem of shelter for the common people in Mangalore would also get solved in the future. Mangalore is growing in the form of a metropolitan city with some of the best features that are found only in metropolitan cities.