Mangalore is the famous port city in India that is situated in the state of Karnataka. The city is very much famous for the tourist destinations that can be found in and around it. The beaches and the tourist spots can provide a calm ambiance that has attracted many people to visit all around the year. Tourists keep pouring in the city as it is a safe haven with an effective, lawful administration that there are no fears about being robbed or killed. Mangalore is very much strict in terms of public rules and if the city police has caught anyone doing any type of violence in the public, then might stay in the Mangalore district prison.

The district jail of Mangalore has been completely installed with electric fences all around the boundary walls so that the prisoners can never ever try to escape from this place. The Mangalore District Jail can hold up to 500 prisoners in it. It has both male and female prisoners in the jail for various reasons. The present surrounding area around the Jail is said to be a 20 acre plot. More than 150 female and male prisoners are kept in as prisoners as per the survey that was taken a few months back.

The speedy trials that took place in the past few months reduced the number of prisoners in this jail from 300 to 150. When the prisoner gets under trials, they are said to be shifted to the Mysore Central Jail that can train them in various self-employment opportunities to lead a good life after getting released from the Jail. The electric fence is the best feature in this Jail and there was no report of prisoners escaping from the Jail after the installation of the electric type of fence in and around the surroundings of the Jail. The Government allotted nearly five lakh rupees to install the electric fence on the three boundary walls in the Jail. The jail can turn into a Fort Knox, if the remaining one wall gets covered by the electric fence. 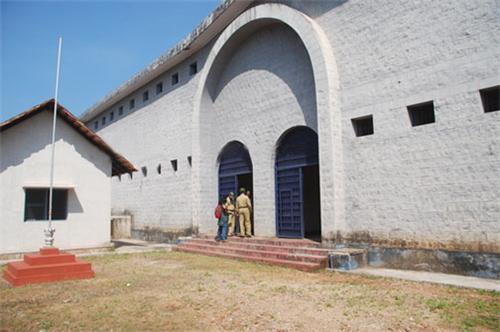 The building of the district jail of Mangalore

The prison in charge person has already made steps to create the fourth wall with the fence so that no one can escape out of it. Although the electrical inspectorate has not yet certified the fence, it is in an operational condition. Even if the under trails who are sentenced in this jail try to escape from the electric fence, they can get caught by the alarm system and the power back-up guards who are found to be on duty even during the night time.

The prison superintendent has made the process of acquiring new staffs to fill out the shortage of the guards in this place. At present, there is a plan to shift the jail to a new place in Balepuni. The Government has got 40 acres of land for the new building that can be raised in the near future. Balepuni is located on the outskirts of Mangalore city and the prisoners can never have any type of contact if they are about to be jailed in the new prison. The official announcement regarding the jail shifting is yet to be done and rumors have made it clear that they are trying to make the jail stay in the old place in an upgraded version. This means this jail could be upgraded to a central prison in the near future.