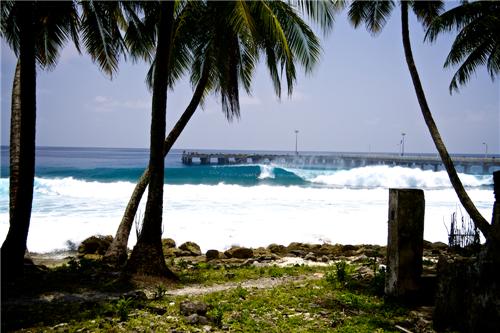 Mangalore is bordered with clear beaches, which attracts tourists and traders alike
Mangalore, a modern, vibrant city on the west cost of India is unique in many ways. The name for this city is supposed to have been derived from the name of the famous Mangaladevi temple that is home to the deity Mangaladevi. This has been a traditional port city that had strong trade links with countries in the Persian Gulf region from back in the 14th century. A number of important dynasties have ruled over this strategic city and even Tipu Sultan and Haider Ali have tried to wrest control for its strategic importance.

It gradually became one of the top ship building bases in India, the control for which went to the British way back in 1799.let us examine the physical characteristics of the city called Mangalore. To describe the physical features of this historic city we must begin by examining its location to get a clear picture. Mangalore is situated at 12.87°N & 74.88°N at an altitude of 72 feet above mean seas level. This the largest urban coastal centers of the state of Karnataka and the fourth largest city. The municipal boundary of the city of Manglaore spans an area of about 200sq.km and has a marvelous semi hilly terrain. It has characteristic of the Western Ghats and the city proper has a distinct hilly terrain that gives it the feeling of a gently undulating topography.

What makes this city very special is the fact that it is by the sea side and secondly because it is built around the confluence of two important rivers namely Netravati and the Gurupura. These rivers seem to encircle the city and while the Netravati flows around the north side of the city the Gurupura flows towards the south and gives it a wonderful appeal in terms of a scenic location. Both these rivers meet towards the south-western part of the city and finally flow into the Arabian Sea. This city is blessed with five prominent beaches that are a top draw for the tourist that flock this southern city almost throughout the year. The five beaches here are Someshwara, Mukka, Panambur, Tannirbavi and Suratkal that has close proximity to the city of Mangalore. This physical feature has made Mangalore as a major port city in the entire Karnataka region.

Mangalore is located in Karnataka and forms an integral part of Konkan Coast that lies along the Goan Coast. An estimate of its geographical facts are as follows:

From the various physical features of Mangalore it not hard to imagine why this is such a preferred destination for tourist from all parts of the world. The city and its adjoining areas are so opulently endowed by Mother Nature and the people and authorities of this place have labored and toiled hard to help preserve the sanctity and keep things in the right perspective in spite of such a heavy influx of tourist regularly.


Explore more about Geography of Mangalore