Masjid Zeenath Baksh is a famous mosque that is located in the Bunder area in the Mangalore city. Mangalore is a famous city in India that has got many different faiths within it. This city has got many impressive mosques created by the Muslim community within the city in the past centuries. The Masjid Zeenatha Baksh stands out representing the pure Indian architecture. The local people believe that it was constructed during 644 AD and it portrays the life and times of the great Prophet Mohammed. The Arab Muslim traders who have visited this place to do their business in this spot have built it in Mangalore. 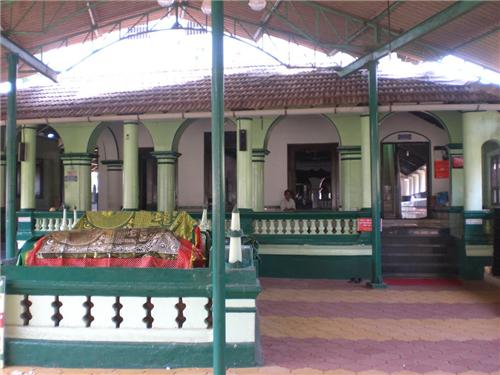 The spacious veranda of Masjid Zeenath Baksh
The majestic and attractive veranda in this mosque can make the visitors to place their prayer to their God. The prayer hall is very huge in terms of space and it has got an eye-catching water tank nearby it. These features can impress any visitor who is said to be visiting this mosque for the first time.

When the Arab Muslim traders made their roots to the Malabar coast, they have endeared with a local populace. Hazarat Malin bin Dinar was a prominent leader among the Arab Muslim traders and he got settled at Cranganore. Raja Cheruman Perumal from Malabar believed to have provided them with a gracious hospitality. Zeenath Baksh was one among the ten mosques that was allowed to be built in this city by the Raja. The mosque was inaugurated during 22 of Jumail Awwal month that marks the year as 644 AD. This mosque has got a special significance for the Muslim community as he pioneers who have set up the mosque were the kith and kin of Sahabs. 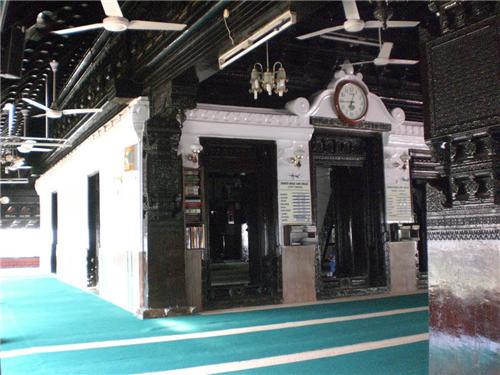 One can view the outward structure of it to look like a large feudal mansion when it has been viewed from a distance. Some people do mistake it to be an old palace of some local chieftain. The materials used to build it include large wooden pillars that were carved finely with many designs in it. The famous historian named Bantwal Ganapati Rao Aigal lived during the 20th century and he made a report stating that no other mosque can be found out in this world with such a great wooden carving done in this mosque. The renovation works in this mosque were executed by the great Tipu Sultan. He had taken care of the entire restoration process and he was the one who had decorated the mosque with wood during the 18th century and named it as Zeenath Baksh after his daughter. After this the mosque had undergone expansion with many improvements added to it. The highest improvements to the mosque was done during 1900 AD.

Activities taking place in the mosque

There are many community activities taking place in this mosque. These activities include providing assistance to people who are in need of education, marriage, medical relief and shelter. The committee also runs Yateemkhana that is said to be an orphanage. They do conduct many noble deeds by providing decent burials to the departed people for free of cost.


How to reach Masjid Zeenath Baksh

By road
Mangalore is highly connected with many roads and there are many bus services to reach this mosque.

By rail
If you are traveling through train, then get down on the Mangalore Central Railway station, which is said to be the nearby railway station to reach this mosque.

By air
The Mangalore International Airport is close to the Masjid Zeenath Baksh and hence it is easy to reach this mosque directly.