Mangalore is rich in number of tourist spots that boast of ancient architecture and the lifestyle of the previous inhabitants of this place. Museums in Mangalore have several ancient artifacts and collections from the historical period and one such museum is the Manjush museum.  The Manjusha Museum is located in Dharmasthala Mangalore and it exhibits various things that can be viewed by both graduate engineers and children. The objects in this museum clearly explain about maritime and aviation and it is being exhibited in a very good way so that everyone can get an idea about it. The museum has many things to explore with. One day is not enough to do such exploration. Every tourist who visits this museum have said to be visiting it again and again as it has got many things to explore under one roof. 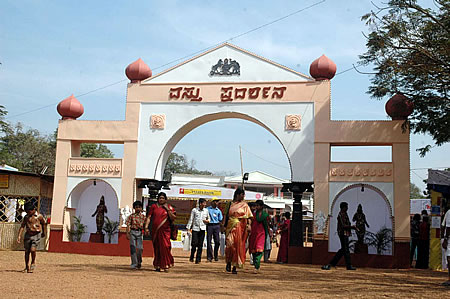 The main entrance of Manjusha Museum in Mangalore

Historical collections in The Manjusha Museum

The myriad of the aircraft engines or for the turbines makes this museum as one of the interesting museums in India. One can make a small research about the topics in which the objects are kept inside the museum. One can witness the original submarines that were found to be existed before the First World War. You can see rare locomotives, air crafts, vehicles and engines at this place. Many people from all over the world visit this place to note down the things that has a historical importance behind it. The local schools in Mangalore used to take their students to this museum so that they can learn more  about the history that existed in the previous generation.

The museum has got a small park around it. This place has been highly recommended by many scientists who have visited it in the recent past. The museum has got a collection of cameras that were used in the past generation to click pictures. A huge collection of Indian stones, metal sculptures, jewelry, things of worship and paintings can be found in and around this museum. There is a 35 years of effort behind collecting and preserving it in this place. Dr. Heggade who had made this museum proud has also made a vintage collection from various sources. Ancient temple chariots can draw the attention of any tourists who visit this place. 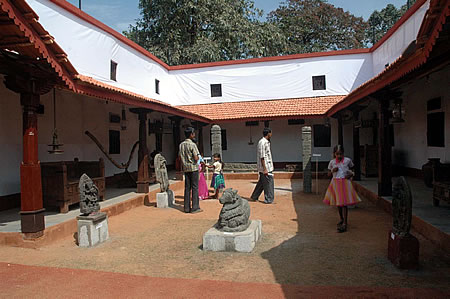 Some historical collections at display at Manjusha Museum

Ancient manuscripts in The Manjusha Museum

The ancient scripts that can be found in this museum are translated by experts into the modern languages, so that the ancient literature can be found out in the Indian literature. It has got more than 5,000 manuscripts in Sanskrit, Tulu and Kannada language. Some of the rare Tamil manuscripts are also preserved in this place. Valmiki’s Ramayana, Bana’s Nataka and Joytisa Siddantha Shiromane are some of the popular manuscripts that are preserved in this place. 400 Tulu manuscripts are also found, including some from the Yakshagana prasangas. Umapati Shastri, who is said to be in charge of the Research foundation has reported that the museum has got the pride of holding nearly 160 manuscripts of Yakshagana.

The abode of vintage cars

The museum has got some priceless collections, in which the horse carriages and some antique cars are preserved and maintained in a very pristine condition. The vintage cars are available in different models and you can find 1920s models of all popular brands of cars here. If lucky, you might also witness the popular vintage rally that is held here each year where you will find all these vintage cars taken for a ride. 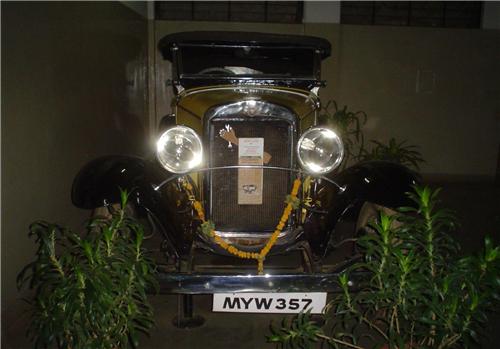 A vintage car at display at Manjusha Museum in Mangalore

How to reach this museum?

By road
The museum has been connected by with both bus and auto services. One can take any bus or auto from Mangalore bus stand to reach this place. Take the Dharmasthala Highway if you are visiting this place either by car or by any other vehicles.

By rail
Catch the train to this museum from the Mangalore City Railway Station. This is the nearest railway station to reach this place.

By air
Get down on the Mangalore International airport and take the road or railway services to reach this museum.