The economy of Mangalore is found to be highly dominated by activities related to the port and agricultural processing. The major imports of Mangalore include timber from the south-east of Asia for the purpose of making furniture because there are major restrictions on teak felling in India. The Mangalore port is found to handle 75% of coffee exports of India and even a large quantity of cashew nuts. The roof tiles that are manufactured in Mangalore are very popular across India.

The roof tiles are made by the use of red clay that is baked and used in the form of tiles for roofs. However, the roof tile industry of Mangalore has consequently declined because of the springing up of RCC roofs. Mangalore is a city that is considered to be the fastest developing non metro in southern India ranking after Kochi. This fact is evident from the point that Mangalore International Airport is one of the fastest growing airports in the southern part of India and tenth fastest developing in India. One fifth of the traffic at Mangalore International Airport is international and it is the only airport in Karnataka that operates two runways. There are various types of industries that are found growing in Mangalore as the city is fast developing as a metro. Some of the main industries of Mangalore have been elaborated below. 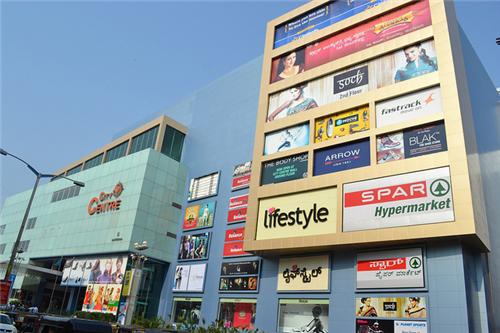 At present, it is being found that the entire retail scenario of Mangalore has completely changed as there are a lot of malls that are being developed in Mangalore and these malls are found replacing the shopping complexes that were found traditionally in the city. Some of the largest and the most popular shopping malls in Mangalore are City Center Mall which is the second largest mall in the state of Karnataka, Empire Mall at Mohitsham, Bharath Mall and Avenue. Other malls that have been planned and designed to be built in Mangalore are Time Square, Excel-Mischief Mega Mall, Pio Mall, Mangalore Central Mall, Golden Harvest Mall, Inland Galore, Mak Mall, Prestige Forum, Plama Mall and Golden Square. These malls in Mangalore is tailor made to suit the modern lifestyle of the Mangalorean population.

Mangalore is a city that previously developed in the form of fishing town and this tradition still continues in the city. The local diet of the city comprises of a high quantity of fish. There are more than thousands of people employed in the fishing industry of Mangalore and the produce of the fish industry is exported from various parts of the city. The main fishing port of the city is the Old Mangalore Port. The fishing industry and boat building industry are considered to be the core business of the people of Mangalore since generations. The firms that are found in Mangalore have always shown their presence in beedi, tile, cashew nut and coffee industry. Beedi rolling is a very popular and wide scale cottage industry majorly found in the rural areas of the city of Mangalore.

Information Technology and its Services

One of the most popular companies in the BPO sector namely Mphasis possesses a very huge set up at a place called Morgansgate, Jeppu in Mangalore. Software Paradigms International or SPI has its center located at IT Park. Mangalore possesses three IT Parks among which two parks are still under construction. Export Promotion Industrial Park or EPIP is one IT Park located at Ganjjimutt and the second IT Park is IT SEZ located very close to the Mangalore University.

The third IT Park is being developed at Ganjjimutt and there is another IT Park that covers an area of 2 million square feet being proposed at Thumbe. This park will consists of a convention center, business center, helipad facility and even a mall. Therefore, it can be said that with such promising IT Parks being set up in Mangalore, the city is found to be on the course of emerging as the most promising and wonderful future Metropolis of the country. Mphasis which is an HP company even has its training center named Mphasis Learning Academy located in the city of Mangalore.

There are many BPO companies that are bent on choosing Mangalore as the center for the establishment of their centers in India because of the significant changes that are taking place in the industry of BPO in Mangalore ad at the same time it is also the high rate of literacy, human capital and state-of-the-art educational facilities of Mangalore that are attracting BPO companies towards this city. Advanced technology and the possession of skills in English language have also served as a major attraction for the owners of BPOs.

The Special Economic Zone of Mangalore consists of LNG Plants, Petrochemical Plant and a Refinery where the Oil and Natural Gas Corporation is planning to invest more than Rs.35000 crore and this will be the very first Chemicals, Petroleum and Petrochemicals Investment Region or PCPIR of India.

Mangalore also serves as a home to automobile leaf spring industry. In the year 1950, Canara Workshops Limited started its production in Mangalore with Canara Springs as the brand name and in the year 1976, Lamina Suspension Products Limited started its operations in Mangalore with Lamina being the brand name. Thereafter, a large number of small-scale producers have sprung up at Baikampady which is an industrial area that is meant for the production of leaf springs.

Two among the nineteen banks that were nationalized in the 20th century came into being in the city of Mangalore and they were Canara Bank, set up in the year 1906 by Late Shri Ammembal Subba Rao Pai and the Vijaya Bank, set up in 1931 by Late Shri A B Shetty. Karnataka Bank that came into being in the year 1924 was the largest bank not owned by the State Government. Additionally, there were other two banks established in the towns close to Mangalore. Late Khan Bahadur Haji Abdullah Haji Kasim Saheb Bahadur established the Corporation Bank at Udupi in the year 1906 and Dr. T M A Pai, Shri V S Kudva and Sri Upendra Ananth Pai co-founded the Syndicate Bank at Manipal in the year 1924. These banks were considered to be quality institutions in India employing a large number of people living in Mangalore. most of the people employed in these banks were from the Bunt, Brahmin and Konkani Comminutes.

Brief Description of some Major Industries of Mangalore

These are some of the major industries of Mangalore that have found a good base in the city and are also bent towards creating maximum job opportunities for the people o Mangalore and also for the people located outside Mangalore.