The present day city of Mangalore in Karnataka is steeped in a rich heritage of history and tales that almost sounds like a story being told. From the various records available the history of Mangalore seems to go back in times to the folklore of ancient India and the mythological times. In some of the ancient texts, it is said that this city was created on land reclaimed from the sea by none other than the mighty Parshurama.

The city also finds mention in texts relating to the Mahabharata and the Ramayana as well. There is mention of lord Rama having visited this place as well as visits by Arjuna, the hero of the Mahabharata. Legend says that great sages like Kanva, Vyasa, Vashishth, Vishwamaitra and others meditated for great length of time in nearby Sahyadri Mountains.

From ancient mythological folklore, we find mention in actual historical works by famous scholars from back in time. A great roman historian called Pliny mentions the place called Nithrias and the great Ptolemy has made reference to this place as Nitrias and both these names seems to have been based on the location of this place beside the Netravati River. Ptolemy also goes on to mention the City and had named it Maganoor. In fact, a copper artifact had been dug up that bore the inscription about this city of Mangalore and is mentioned there are Mangalpura.

From these we have no doubt that Mangalore has a very rich historical background and the foundation of this city goes back many-many centuries indeed. Study of various historical documents proves that Mangalore was the capital of the Alupas Dynasty sometime in the 14th century AD. Even the great traveller Ibn Bat-u-ta is said to have visited this great city that is situated on a large estuary called Majurun. His records state that this city was an important trading town for Persian and Yemeni tradesmen, who often came to this place. This city and its adjoining areas have been under the rule of various kingdoms over the ages and a number of dynasties have fought to retain control over this.

The Odyea dynasty, the Harirayas, the Vijaynagara dynasty and many others have fought and tried hard to keep control over this city and its adjoining areas. This fighting to retain control lasted until the Portuguese sometimes in the late 1490’s.it was during this period that the great Portuguese explorer Vasco da Gama at the saint Marys Island and was followed by a steady stream of Portuguese visitors to this city. Finally, around 1520 the Portuguese wrested control of this city from the Vijayanagar empire rulers. That happened when the Portuguese viceroy was able to defeat that Bangara Kings and the bulk of the trade that was controlled by the Muslims got into the hands of the new controllers. 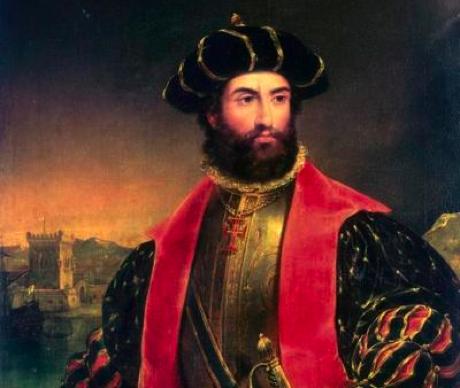 Portuguese explorer Vasco da Gama explored Mangalore as a major port
It was during the major part of the 16th and the 17th century that it was completely in the hands of the Portuguese and it was they who commanded all trade activities through the port of Mangalore. It is said that in 1695 since the Arabs failed to conduct trade because of the Portuguese control of Mangalore, they burnt down many parts of this city as a retaliatory move.


Reign of the Sultans

This continued until the great ruler of Mysore conquered Mangalore in 1763. This historic city remained under his control until 1768 and thereafter the British gained control and held on to it until 1794. It was during that year that another great ruler in the history of India Tipu Sultan the able son of Haider Ali wrested and gained control back from the British. This was a period of bitter struggle between the British and Tipu Sultan. The English got back control of the city in 1791 and was again run over by Tipu in 1793, when he forced the British to surrender with his strategic art of warfare.

One can still see a beautiful remnant of the strategy of Tipu Sultan in the structure called the Sultan Battery. This is a structure built on the Gurupura River that is shaped like a fortress and with position to mount guns on all sides. This, the sultan battery was created in 1784, to prevent the British from mounting an attack from the sea.  However it was the tragic death of Tipu Sultan in 1799 that gave the British control back over the city of Mangalore and remained with them right until India gained independence in 1947. 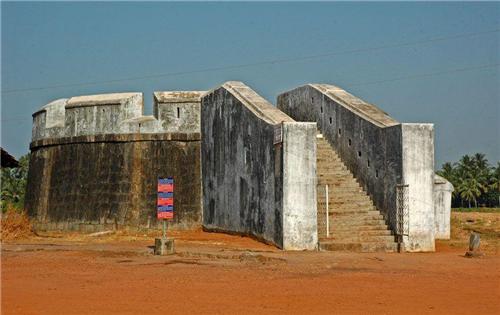 The Sultan Battery was built by Tipu Sultan in the year 1784
It was during the period that the British kept control of Mangalore that it flourished into becoming one of the most important cities of southern India. There was a huge expansion in trade and shipping industry and it became an important link in the sea route map of Asia. It was in 1907 that Mangalore got linked to the rest of India by introduction of the railway and this increased the trade potential of the city.

Although the city of Mangalore gained importance under the British after the introduction of the railways, when the states were reorganized in 1956, a certain portion of the South Kannara being merged with Karnataka and another portion went to Kerala. With this happening, this city of Mangalore provided the only coastline and trading port to the state of Karnataka. In 1974 the new port of Mangalore was commissioned and made a higher volume of trade possible through that.

Today the modern city of Mangalore is an important part of the state of Karnataka and has become a very important trade and commercial center in this part of India. This is also an important center for education and holds a very high rank in the education map of the country and the city has one of the finest educational institutions. Today’s Mangalore economy is dominated by agricultural and port related activities. In this respect it is worth mentioning that Mangalore is the 9th largest port in India in terms of its cargo handling capacity.

Explore more about History of Mangalore