Mangalore is well known for its organized and well planned approach in maintaining the city free from all hassles. Since it is an important tourism center, there is a great responsibility on the shoulder of its administration to maintain efficient emergency services like fire stations, which can combat fire and save people’s life in case of emergency. Fire Brigade Mangalore performs an important task to keep the city free from any fire casualties. When an emergency fire casualty thus occurs, it handles the situation with patience and systematic approach, thus protecting the residents from any unnecessary worries. 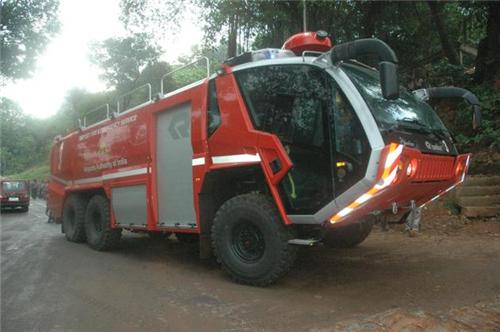 The Fire stations in Mangalore come under the Fire and Emergency Services of Karnataka. Initially this department was under police control but in 1964 a new law known as the Karnataka State Fire Services Act was passed. According to this law a new department was set up which was under the Director General of Fire & Emergency Services. Mangalore has its own Fire Officer. Fire station services in Mangalore have trained efficient firefighters and many emergencies equipment with which it fights fire emergencies and saves life.  Fire fighters in Mangalore work in a basic two shift system. The first shift starts from 8:00 am in the morning to 5:00PM in the evening. The second shift starts from 5:00 PM in the evening to 8:00 AM in the morning.


The efficiency of fire fighters of Mangalore

The Fire stations in Mangalore are equipped with firefighters who are trained in their fire management skills. A new firefighter goes thru rigorous six month of training before he is inducted into the service on a full time basis. These firefighters can handle any emergency situations and are taught to handle with extreme care these situations. Mangalore has its share of fire stations in each district. Fire station services in Mangalore not only combat fire situations but also are an efficient support team during any disaster management which could be natural calamity or accidents in the road, floods, earthquakes and collapse of constricted building.

What is the basic composition of Fire station services in Mangalore?

Fire stations in Mangalore consist of the following infrastructure. These are:

Whether is is a natural calamity or man made fire incident, the people of Mangalore can dial 101 to obtain assistance from Mangalore fire station at any time of the day. These services make sure that they prevent the spreading of fire immediately by extinguishing the flames, remove the debris out of the way for the inmates of the building on fire to exit it safely.

If you are residing in and around the city of Mangalore, you can call these contact numbers at any time in case of any fire breakout in your locality.