“Kudla” is the local name for Mangalore. The city is a paradise for tourists who love religious pilgrimage and also want to enjoy its exotic sun kissed beaches. Mangalore has a population of around seven lakhs and is named after the local Goddess named Mangaladevi. The city of Mangalore is well connected by various means of transport such as roads, railway stations and air. Since Mangalore is a busy business city, most business travelers prefer flying in and out of Mangalore and thus the Bajpe International airport has an important place in the life of Mangalore. 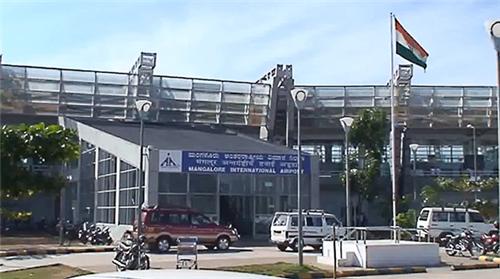 The Mangalore International Airport located at Bajpe
Bajpe International Airport
Mangalore has its own airport which is named as Bajpe International airport. Everyday hundreds of travelers travel into Mangalore and also fly out from Mangalore to various parts of India and the world especially the Gulf region. This airport was opened for air travel in 1951 by the then Indian Prime Minister Jawaharlal Nehru, when he arrived in his Dakota aircraft here. The airport is operational in the night and day. It is built to weather all weather climatic conditions. International flights started operating from Bajpe airport from the year 2006. The first flight destination was to Dubai by Air-India-Express. It achieved the status of an international airport on 2012.

Infrastructure of Bajpe Airport in Mangalore
After it was given the status of an international airport Bajpe airport on any given day can handle four hundred domestic passengers and one hundred and fifty international travelers. The airport standards can be compared with the best airports in the world. More and more people are flying into Mangalore therefore it maintains terrific infrastructure and facilities which are discussed below.

Mangalore International Airports Runaway
The runaway of an airport plays an important role in air travel and Mangalore airport has a runway which is like a tabletop, as it is based on a hill top. Airplane flyers found it difficult to land on its first runway as the ground level was not consistent in nature. Keeping these difficulties in mind the second runway of Bajpe International airport was built and was opened in 2006. The second runaway stretched over two thousand kilometers. A Jet Airway flight from Bangalore was the first flight to land there. The second runaway also made the international airport in Mangalore to be Karnataka’s first airport to have two runaways. It was also the first airport to enjoy a concrete runaway in Karnataka. Mangalore airport also has an area where private taxis can land with their passengers.

Traffic supervising the air control
Bajpe has his new air traffic control complex in 2013. The presence of air control traffic would improve the existing air control system and make it more efficient. It also helps the air traffic control personnel give accurate data to pilots whose flights are landing in the runaway of Mangalore airport.  This vital data prevents any accident from occurring and enhances the travel experience of the flyer flying into Mangalore.

Cargo complex in Mangalore airport
The transportation of air cargo falls under the jurisdiction of CBEC or Central Board of Excise and Customs. Airport Authority of India also monitors the air cargo strictly and the basic rules and regulations of the country are followed strictly. The air cargo has the capacity to store around 10 tons of cargo at any given time. There is also a cold storage facility and can store up to 3 tons of cargo. Sensitive cargo is stored in specialized area with care and maintaining the guidelines.

Important Telephone Numbers Related to Mangalore Airport
An efficient airport and its airways helps Mangalore create a positive impression in the minds of its first time travelers. When the business traveler understands the effort taken by the Mangalore administration to keep airport and its corresponding facilities updated. These travelers would frequently visit Mangalore and participate in its many business ventures.